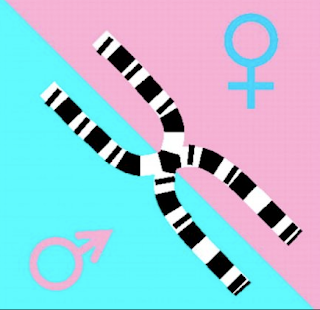 Sex is a very intriguing subject. Sex has become an advantageous means of procreation; combining two genomes so that the offspring has the best possible combination of alleles that will be beneficial for their survival and reproduction. Darwin introduced descent with modification, and modern science has revealed DNA to be the physical means of heredity. Armed with this knowledge, one might suspect sex to be the shiznit of strategies, and I believe it is one of the best certainly. But species have existed and remain in existence today who do not participate in this activity.. how is that possible?

A-sexual species produce genetically identical copies of themselves, clones, and if they have all the alleles in their DNA that they need to perform physical processes they're set. Archaea bacteria are a great example, the little guys survive in 150 degree + hot springs and chug along doing what there doing like they have for millions of years.

Hermaphrodites have the ability to produce both types of gametes needed for fertilization, sperm and eggs, fish are often hermaphroditic. They are born as males and develop testes, store the sperm, and if the environment is right for reproduction they will devote their energy to forming ovaries and eggs, which they then self fertilize.

So these strategies, each fascinating and unique, have been developed to propagate ones genes in the big scheme of evolution. I love evolution, sex is pretty interesting, and this article below is awesome. It discusses each of the means of procreation in the context of Darwin's theories combined with advances in modern science, check it out!

Abstract:
I love the term ‘natural history’ because it encapsulates the sentiment that nature's operations have evolutionary etiologies. Charles Darwin was a natural historian par excellence and his elucidation of natural selection, artificial selection, and sexual selection fundamentally changed how scientists interpret the origins of biological features previously ascribed to sentient craftsmanship by supernatural agents. Darwin's insights on evolutionary forces grew from his exceptional knowledge of natural history, yet two key topics steeped in natural history – sex and reproductive genetics – remained poorly understood (and probably even shunned) in Darwin's Victorian era. That situation changed dramatically in the latter half of the 20th century with societal awakenings about sexuality that also happened to coincide with the introduction of molecular parentage analyses that unveiled a plethora of formerly hidden ‘sexcapades’ throughout the biological world. Here I summarize some of the evolutionary revelations that have emerged from selection theory as applied to genetic and phylogenetic information on clonality, hermaphroditism, and pregnancy, three procreative phenomena that are relatively rare in vertebrate animals and thus offer alternative evolutionary perspectives on standard reproductive modes. Collectively, these three peculiarities of nature illustrate how the abnormal in biology can enlighten evolutionary thought about the norm.
READ MORE! CLICK THE LINK BELOW!
http://onlinelibrary.wiley.com/doi/10.1111/j.1469-7998.2011.00869.x/full

This is my little sister Lila Jane and I a few years ago playing put-put.  Shes adorable.  The course has all kinds of castles and pirates, but Lila's favorite are the giant lizards.
Some adorable photos..


And now some science.
Did you know that lizards don't have lips?

Nope, no lips.  This lucky lizard was getting lots of love from a sweet little mammal, but giving none in return.  Why don't lizards have lips?  Well, they don't really need lips.  But lets start at the beginning.

Lizards are reptiles, and they have been around for approximately 350 million years.  The Mesozoic is known as the Age of Reptiles for good reason.  Dinosaurs dominated the terrestrial environment, but the transition from aquatic amphibious individuals to fully terrestrial reptiles required many physiological changes in the preceding era, the Paleozoic.  If you want to be on land, but will dry out, it would be most advantageous to have skin that is more thick and keratinized scales t…
Read more

A panda ant? I just had to find out more about this insect.

Surprisingly this charismatic "ant" was difficult to find, and involved translating a lot of spanish text. Alas I discovered this "ant" is actually a wingless wasp from Chile. The specimens collected and cataloged in the Virtual Biodiversity Insectarium were hermaphrodites about 8mm in length from a near coastal region in central Chile.

Pretty cute for a wasp.. but its interesting how similar it looks to this Thistledown Velvet Ant, Dasymutilla gloriosa found in Mexico, California, Texas, Utah, Nevada, and Arizona.

Get ready to learn some basic taxonomy, and characteristics of everyones favorite furry friends.... spiders!!

Just kidding, I know they're not a favorite. But they are very interesting.

We'll get into some fun tidbits on what makes a spider a spider, and how and why they dance!  Till the post is ready enjoy this spider.. with a "hat".

A panda ant? I just had to find out more about this insect.

Surprisingly this charismatic "ant" was difficult to find, and involved translating a lot of spanish text. Alas I discovered this "ant" is actually a wingless wasp from Chile. The specimens collected and cataloged in the Virtual Biodiversity Insectarium were hermaphrodites about 8mm in length from a near coastal region in central Chile.

Pretty cute for a wasp.. but its interesting how similar it looks to this Thistledown Velvet Ant, Dasymutilla gloriosa found in Mexico, California, Texas, Utah, Nevada, and Arizona.