Photo: A tigress drinks with her cubs from a watering hole inside Thailand's Western Forest Complex; Credit for all images: DNP-Government of Thailand/WCS Thailand Program

Camera trap photo stills and video footage suggest that anti-poaching efforts in the forests of Thailand are paying off, according to the Wildlife Conservation Society.

The cameras, set up at several locations across Thailand's Western Forest Complex over the last year, have captured tigers, Asian elephants, gaurs, sun bears, and many other species in off guard moments. Video footage shows a tigress and her cubs feeding on an animal carcass, leopards marking their territory with scent, wild pigs nursing their young, and even Asian elephants mating.

"The video represents a huge payoff for the government of Thailand, which has invested considerable resources in protecting wildlife and preventing illegal hunters from plundering the country's natural heritage," Joe Walston, Director of the Wildlife Conservation Society's Asia Program, was quoted as saying in a WCS press release.  "We thank the government of Thailand for collaborating with WCS and others to put in place best practices in law enforcement and monitoring tigers and prey in Western Forest Complex."

The evidence indicates tiger and prey populations have stabilized in this Thai forest region, which is larger than the state of Connecticut and consists of 17 contiguous protected areas. Recent estimates have found that the area is home to as many as 175 tigers. It also contains one of the largest and most important elephant populations in Southeast Asia, according to the WCS.

Thailand is really emerging as a conservation leader. Enforcement staff from China, Nepal, India, Myanmar, Bhutan, Cambodia, Laos, Malaysia, and Indonesia all go to Thailand for training, so hopefully the successes at the Western Forest Complex can inspire ecosystem victories in other Asian countries.

Here are more stills from the camera trap video footage:

Photo: A Malayan tapir pauses as it trips the infra-red beam of a camera trap in Thailand

Photo: An Asian elephant calf peeks out from the middle of a herd of adults. 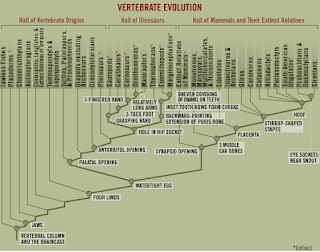